Implementation Support to The PICES Survey In Zimbabwe

PICES was a survey conducted by the Zimbabwe National Statistics agency in the year 2011/12. It stands for Poverty Income and Expenditure Survey from June 2011 to May 2012. The survey released data on poverty, income distribution etc. You can check out more information on the survey compiled by IHSN. Many organizations worldwide showed support to the survey and implemented programs. One such support was from World Bank and the project was named the Implementation Support to the PICES survey in Zimbabwe.

Brief Description Of The Project

Objective Of The Project

The project objectives and plans were released by the project group headed by Robertus A. Swinkel.

The project aims at helping the people of Zimbabwe in decreasing poverty in the country. Its basic objective is to increase compilation of data and procuring of detailed and better quality data on poverty which will lead to better comprehension of poverty and its causes in Zimbabwe. The project aims to support and increase the quality of the PICES survey provided by Zimbabwe National Statistics agency, which will lead to the better collection of the above-mentioned data, data on other welfare indicators, and also on Income activities of the people in a household.

The project aims to finance Zimbabwe Statistical Office for the Implementation of a fresh Poverty Income and Expenditure Survey (PICES) in 2016 and 2017. Similarly, know more on Angola Fiscal Management Development policy Financing.

The Cost Of The Project

The entire cost of conducting a PICES survey for 32,000 households is around $2.8 million as quoted by ZIMSTAT. The project is also being funded by UNICEF, which will provide $300,000 for the implementation. The World Bank is going to release a funding of $1.9 million for the project. The cost is still a bit short by $600,000. This has led to discussions between the bank and the country so as to reduce the size of the sample i.e. the number of households. To learn about the detailed cost of procurement plans released by the bank you can check out this PDF.

Results Of The Project

The project expects to develop and understand the condition of poverty in Zimbabwe and its causes. Key results mentioned in the released documents are:

The Dominican Republic is a country located in the Greater Antilles archipelago of the... 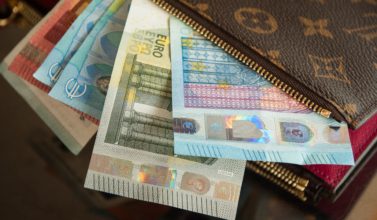